You are here: Home / External / Mouse / The Logitech G602 review – A mouse with top-notch features and design

Since it comes with a thumb rest, the overall shape of the mouse is comfortable for users of palm grip. The Logitech G602 also comes with programmable buttons which are great to have on a gaming mouse.

As we gave an overview earlier, in terms of design the Logitech G602 doesn’t go aggressive with a gaming aesthetic and tries to keep things simple. The Logitech G602 chooses a design and shape people are familiar with. This makes the mouse comfortable for a much larger audience. The only problem with such a design is that it doesn’t look as good as Razer’s line-up of chrome devices.

The Logitech G602 delivers the most comfort when used with a palm grip and is made for the right hands. You get a thumb-rest that adds to the support along with a ribbed rubber that aids in providing a better grip, especially when your palms start to get sweaty. The curves of the mouse might not look the best but feels natural and comfortable. 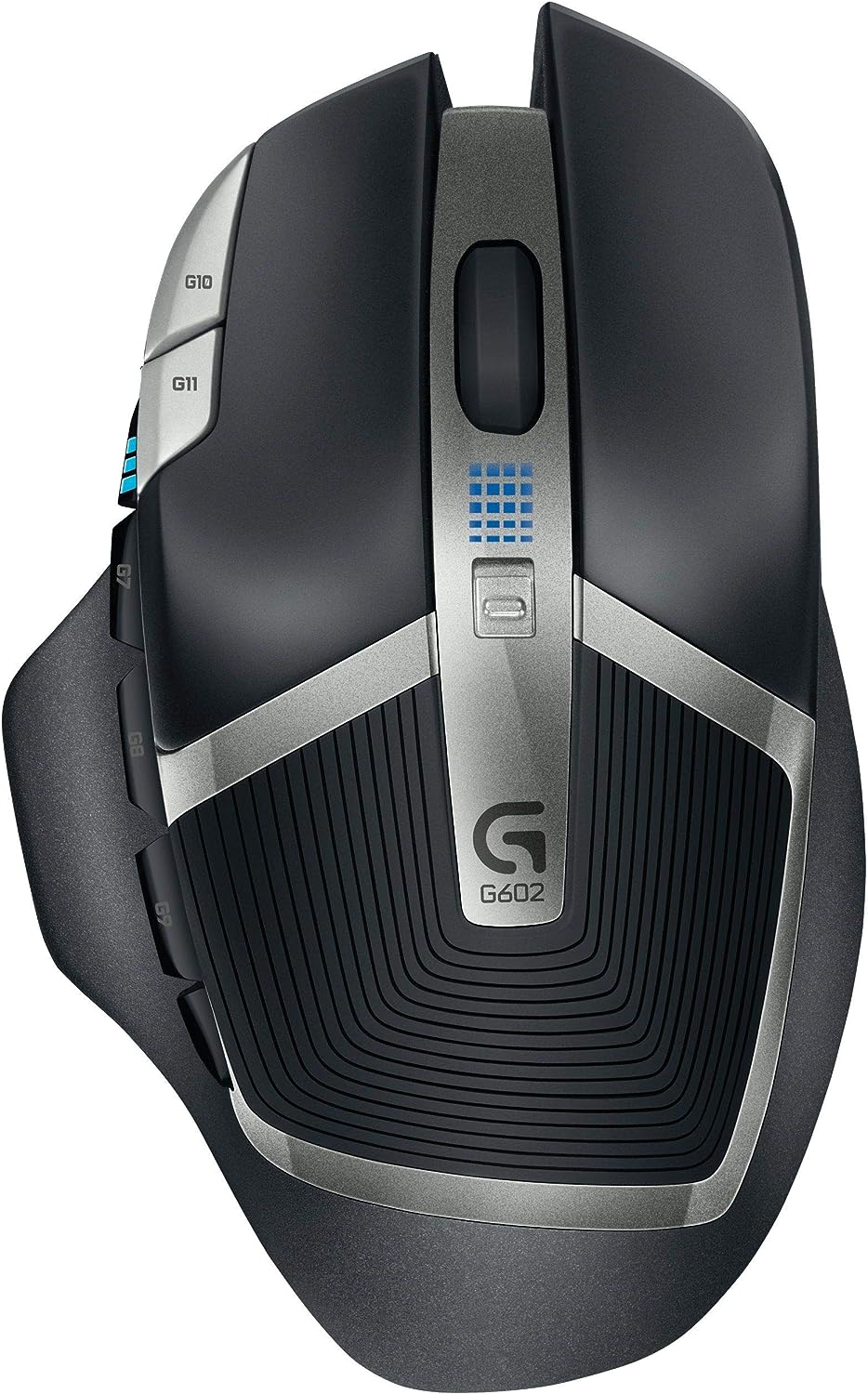 With the Logitech G602, you get 11 buttons which include:

The Logitech G602 won’t look as cool as other gaming mice but when it comes to comfort, few mice come close to it. As we discussed before, the mouse is made to be used with the right-hand due to the slight slant, button placement, and thumb rest. You also won’t have any problems with your hand size as long as you use the common palm grip. If you are more of a claw gripper or prefer the fingertip grip then you might consider other options.

The Logitech G602 comes with a USB receiver that does help in decreasing lag. However, the mouse has no Bluetooth compatibility which can be a problem if you lose the receiver. Moreover, there will be times when you want to take the mouse somewhere but you forget the receiver, rendering the mouse unusable. Logitech does try to solve this problem by making a dedicated place for the receiver inside the body of the mouse.

The Logitech G602 also has no internal battery and uses disposable batteries. Due to this, the mouse cannot be recharged while using it. So whenever you run out of power during a game, you will need to keep a pair of batteries with you to replace the old ones.

The biggest fear of many gamers when it comes to wireless mice is the possible chance of lag when playing. Latency is not the only problem, interference is also an issue common with wireless gaming mice. However, wireless mice are not all that bad, as they do prevent a wire from interfering in your gameplay.

The Logitech g602 really shines in this area though, as it shows no problem with its wireless connection. Even in a place full of wireless devices, the Logitech g602 won’t let you down. The tracking you get with the Logitech g602 is also consistent and smooth. The DPI buttons are also placed perfectly and will make changing your DPI on the go quite intuitive. 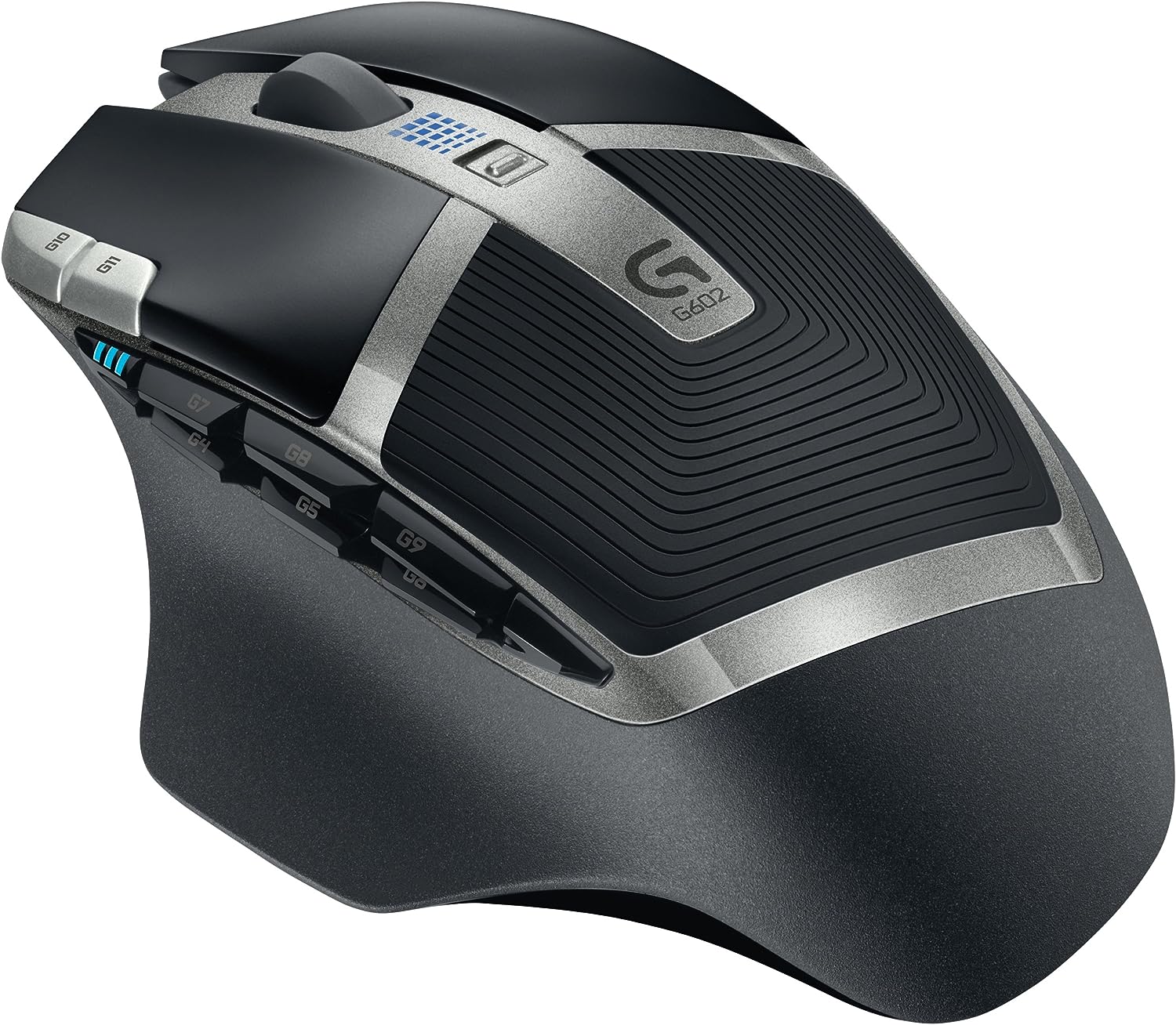 Logitech also decided to design buttons a little differently than what’s commonly seen on most gaming mice. They choose narrow raised thumb-buttons, unlike the ones you see on a Razer Naga Hex, and these narrow buttons work quite well. They show no problems in identifying due to them being distinguishable, thanks to their shape and position. They also showed no problems with unintentional presses.

As for performance, the Logitech g602 is a bit different compared to Logitech g 600 mmo gaming mouse, which is another must-have gaming accessory for gamers.

Another problem that is commonly seen with wireless mice is how they rely on batteries and the fear of them running out between an important competitive game. Although the Logitech G602 has not erased the issue completely, some improvement is there. The batteries take several days before expiring and Logitech has the option of letting you play with either one or two batteries, helping you in time when you don’t have the other. Moreover, this can also help if you want the already bulky mouse to feel lighter. 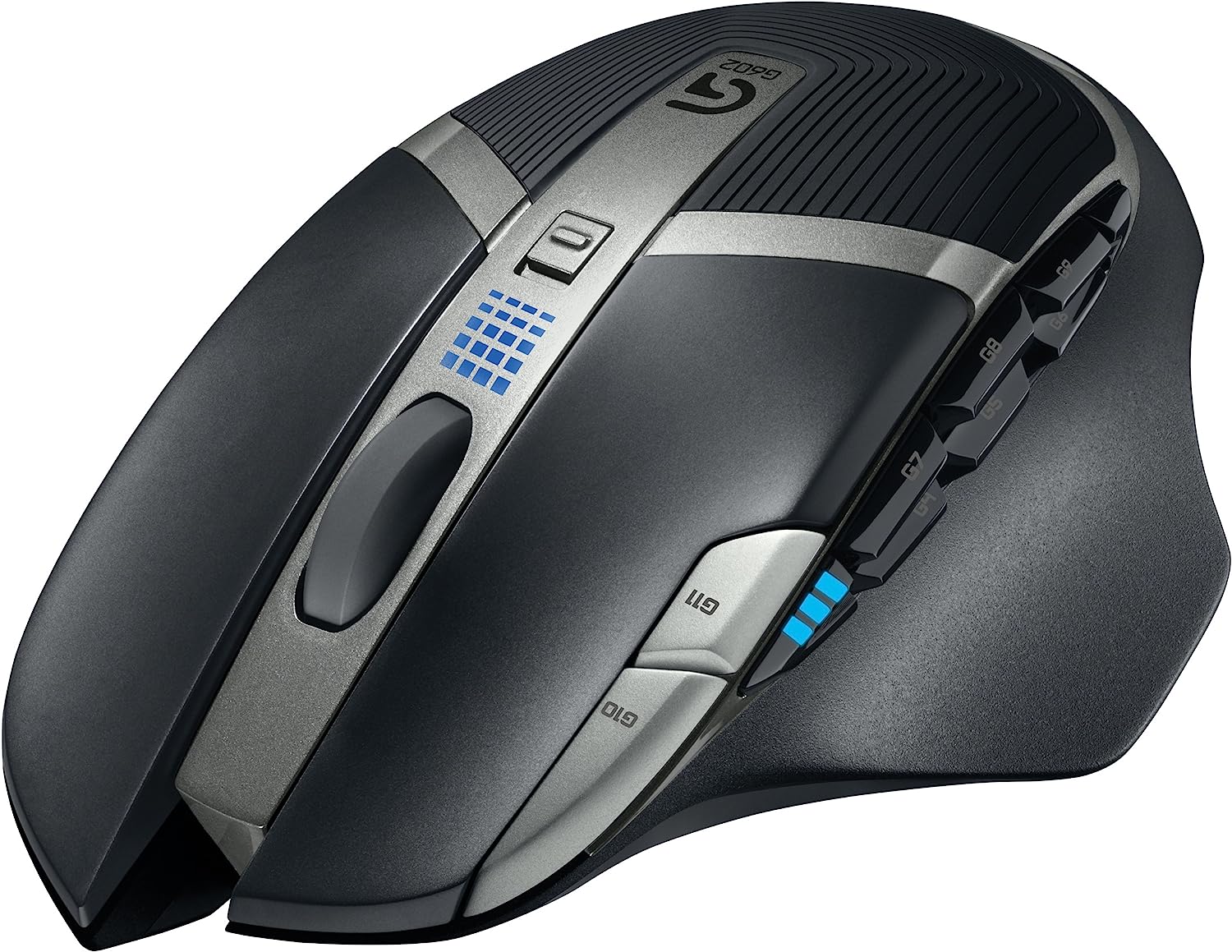 Among the several mice out there, the Logitech G602 is one of the better ones. It doesn’t come with all the bells and whistles but it easily competes against other premium mice such as the Razer Ouroboros or the Logitech G700s. The price is also on point. If you are right-handed and want comfort with your mouse, there’s no reason to hold back from the Logitech g602.  You can pair up this mouse with a great MMO gaming accessory of the same brand such as Logitech g pro keyword, it will supercharge and uplift your game-play experience.